“This is what the Lord says: “When seventy years are completed for Babylon, I will come to you and fulfill my good promise to bring you back to this place.”

God is sovereign. That is a basic tenet of Judeo-Christian faith. God rules over all nations and kings and places. There isn’t anyone or anything that is beyond his sovereign rule and reach. God stirred the heart of Cyrus the Great to send the Israelites back to Jerusalem. The decree of Cyrus in regard to all of the nations he sent home is recorded on the Cyrus cylinder. 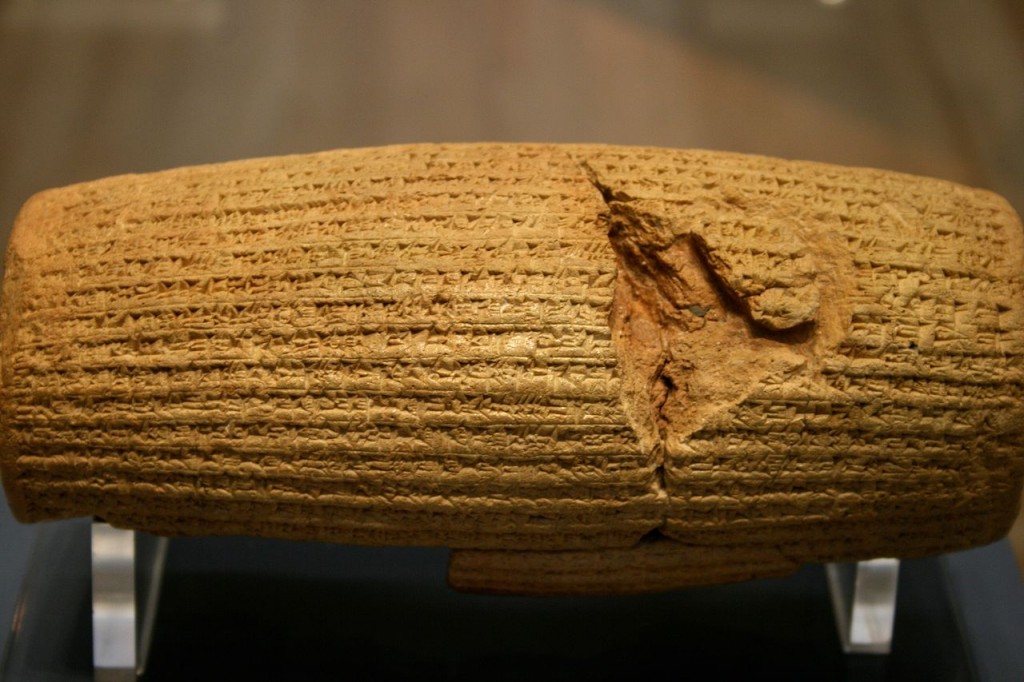 You can read the text of that here. The decree of Cyrus in regard to the Jews is recorded in the verses that follow,

“‘The Lord, the God of heaven, has given me all the kingdoms of the earth and he has appointed me to build a temple for him at Jerusalem in Judah. 3 Any of his people among you may go up to Jerusalem in Judah and build the temple of the Lord, the God of Israel, the God who is in Jerusalem, and may their God be with them. 4 And in any locality where survivors may now be living, the people are to provide them with silver and gold, with goods and livestock, and with freewill offerings for the temple of God in Jerusalem.’” – Ezra 1:2-4

There are definitely some echoes of Exodus in these words and in the events that follow as the people of the land give gifts to the exiles who are leaving for Jerusalem (Exodus 12:36). It seems to me not only did God stir the heart of Cyrus but he also stirred the heart of the people. But there is more. God was not done stirring people up,

In Ezra 1:5 we also find out that God had one more group to stir up.

“Then the family heads of Judah and Benjamin, and the priests and Levites—everyone whose heart God had moved—prepared to go up and build the house of the Lord in Jerusalem.”

Sometimes I think Christians today can easily border on deists, believing that God isn’t really very active today. I am not a Calvinist. I believe in free-will and that choice of God to give each of us control over our own lives. Just like I believe Calvinism can take God’s control over things too far I think we can also take free will too far and box God out of any involvement in our lives. God stirred Cyrus, he seemingly stirred the people of the land to bless the Israelites on their way out, and God stirred the exiled Jews to return home. That shouldn’t surprise us or bother us in the least. At the same time, it is easy for us to distance ourselves and insulate ourselves from the working of God today by believing that was just something God did then but doesn’t really do so much now. I think that is a mistake. If you don’t agree then I would like to hear why you pray and request things from God if you don’t think He is on the move today. I would also like to hear explanation of what happens when a lost person is saved and they become “new creation.” God is certainly at work in those moments. If He at work there God is certainly at work elsewhere.

I believe the church needs to be stirred up. I fear the church is becoming complacent and it concerns me. Let us pray that God stirs up His people toward love and good works as Hebrews 10:24 says we should be stirred up or spurred on to do. God is very much in the stirring business and our resistance to that idea is killing us slowly because we have a harder and harder time seeing the connection between what God is doing and what we are doing. That was not the case in Judaism and certainly not the case in Christianity. Let it not be the case for us either!

PrevPreviousJeremiah 29:11 Part 2 – Saying the Text Had a Meaning is Not Legalism
NextGetting More Out of Lists in the Bible – Ezra 1:9-2:70Next