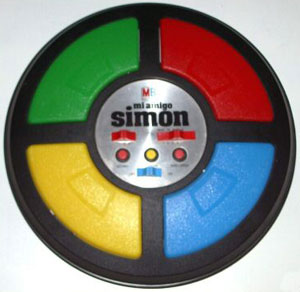 If you grew up in the 80s you were told all sorts of things that didn’t come true. Aside from the absence of flying cars and hoverboards is the gaping hole that was the promise that we can and will do anything we set our minds to. It just isn’t the case. There are so many other competing factors that no matter how hard you try, some things just won’t happen to you or for you or by you. We don’t like to hear that or think that but it is true. For instance, no matter how hard I dreamed or worked out or had all the right connections and skills I never had a shot at the NBA. I never even had a shot at high school basketball. At 5′ 6″ my hopes were slim to begin with but the truth is…no matter how hard I set my mind to it there was just no way it was ever going to happen.

In the middle of that well-intentioned statement was the message that we could be experts or at least above average in everything. Never mind the fact that it is statistically impossible for everyone to be above average…all the ribbons and trophies were tiny monuments to the perpetuation of the lie. We over involved ourselves in so many things that we never learned the art of placing boundaries. We never learned how to say no.

Those kids who once played with Rubik’s cubes and Simon are now parents…pretty scary thought. Somehow the gene of not setting boundaries or being able to say no has lodged itself squarely in my generation’s kiddos. Today, kids are more overcommitted than ever…as are their parents. Families are so busy that they no longer have time for what is most important. Because of that finding volunteers for ministry is extremely hard. The teeball is happening. The softball is getting played…baseball road trips with 3 years olds run all year long never seems to end but serving God and serving others often comes last.

Kids won’t set boundaries for themselves…it will only come from parents who know how to do it themselves. If we don’t know how to do that it is vitally important for our own spiritual well being as well as that of our children that we start.