Communicating for a Change – Pick A Point 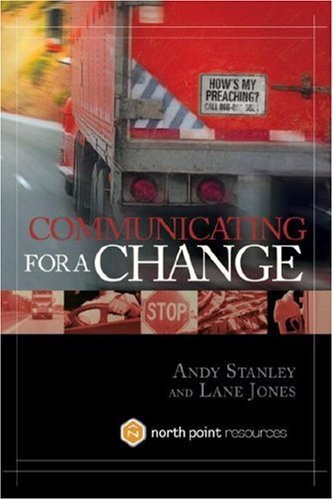 One of Andy Stanley’s strengths is his ability to laser beam focus on only one point and really drive it home. In the last post on this book I mentioned that you have to know where your goal is. Notice I didn’t say what your goal is but where. The point in that is you are trying to take someone from point A to point B. Communication is a journey. Journeys are trying to get people to one place, not two, three, four, five, or more places. So Stanley believes having one point and communicating it to the best of his ability makes for great communication. He goes on to say, “once that point, that idea, that destination is clear, then the goal is to bend everything in the message toward that one thing.” (p.101)

In picking the one point approach Andy vocally dispells the multi-point method. He has a few reasons for doing so that you may or may not agree with. Ironically, he has three points in explaining why he believes three point preaching is not the most effective way to get results:

In some ways this makes preaching easier. Each point of a sermon can now become a sermon to itself. That makes coming up with creative sermon ideas way easier because if you use that approach you now have 1/3 as many creative ideas to come up with each week. Those three points can now be three sermons with one point each. That makes for a good series!

So how do you get your one point, and yes you should have one point!? Stanley poses two questions that must be asked before of the sermon before it is delivered (p.104):

This does two things. It defines the focus of the sermon by setting the one thing that everything in the sermon needs to point back to and support. Next, it gives direction by setting up what the sermon must communicate in order to produce the desired result, call, or action on the audience. Let’s face it, change isn’t change unless something happens and pew sitting alone isn’t that something.

The next post will review how he goes about developing the one single point in each lesson.

Like Loading...
Filed Under: Christianity, Ministry, Preaching, Religion
← Wade Hodges Reflects on His Church Plant
Communicating for a Change – Developing a Single Point →

0 Responses to Communicating for a Change – Pick A Point