Has Powerpoint for Preaching Outlived Its Usefulness? 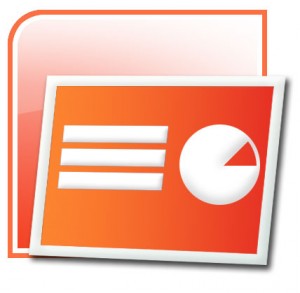 There have been a few articles out over the last week that bashed the effectiveness of powerpoint. Here are a few of those articles with a brief synopsis:

Physicists, Generals And CEOs Agree: Ditch The PowerPoint
This article basically says that in a variety of fields the experience has been the same, reliance on powerpoint has made presentations less creative, less interactive, less attended and less effective. In short, many organizations both private and public are dropping powerpoint because they believe it is doing more harm than good.

Does Powerpoint Increase Retention?
This article attempts to debunk the idea that we retain more information we receive that we see than that we hear. Along with that is the experience of feeling more connected with the message and the audience when not using slides.

The problem I have with these two articles in particular is that they lump all powerpoint use into a singular category. It is like saying driving is bad because of drunk drivers or that all cologne is bad because of Axe. There is good use of powerpoint and bad. My experience has been there are ways to use powerpoint to connect with an audience and ways to use it that disconnect you. There are images I have used that let my words sink in and created real “aha” experiences for people that I couldn’t have done with words alone. It is all in how you use it. It is all in how you use it to make it a win.

A few suggestions to maximize the effectiveness of powerpoint:

It is important that we are picky about what and how we communicate. We only get 52 shots at this a year and it is vitally important that we don’t throw up unnecessary roadblocks to people hearing. That also means that we put in our time to be creative, to tell good stories and to communicate so well that powerpoint assists what is already a good presentation. Anything you use as a crutch, whether it is powerpoint or jokes or fill in the blank eventually loses its effect.

10 Responses to Has Powerpoint for Preaching Outlived Its Usefulness?