Have We Given Up Studying the Bible With People? 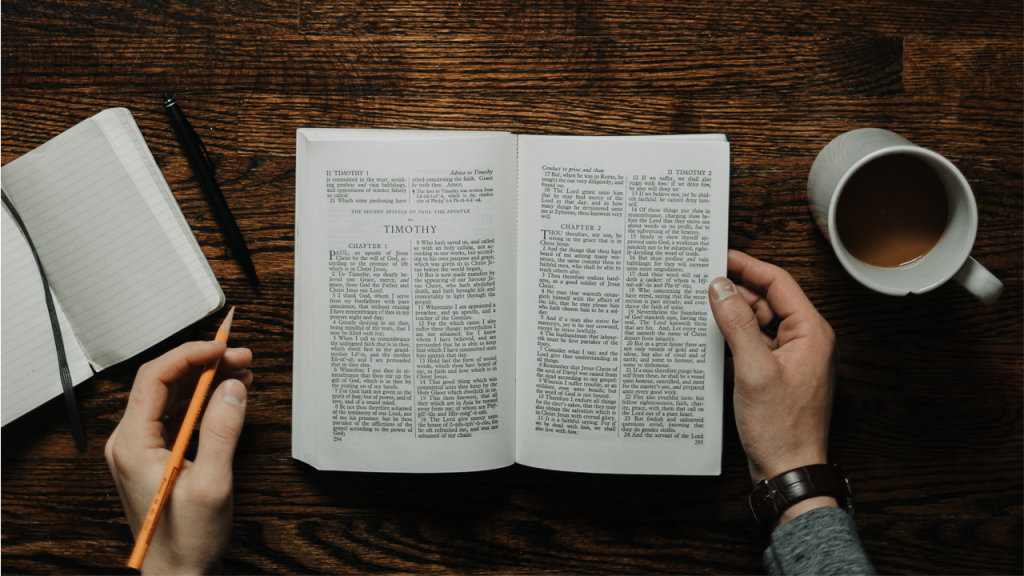 What do you think about someone when you hear they have Bible studies with people? Does it make them seem like a super Christian? Maybe they sound like a saint? What if that was just an ordinary thing to do? What if being a saint was just another word for being a Christian, because that […]

I heard many times that the miracles stopped in the first century. They said the Holy Spirit didn’t give the gifts for two main reasons: 1 – It took the apostles laying on hands to impart the gifts per Acts 19 2 – The miracles were only to confirm the Word/New Testament so once it […]

What is the Gospel? How we answer that question says a lot. For many people the Gospel is that Jesus came to die for my sins so that when I die I can go to be with God in heaven forever. There is a lot of truth in that summation but we have to examine […]

The apostle Paul gives us instruction on the true meaning of unity and what it takes to maintain it in Ephesians 4. First, he says unity is created by God and maintained by God’s people (4:3). God creates unity through the work of Jesus and the Holy Spirit. We maintain the unity God created. The […]

Tips for Building Your Own Theological Library

Many of you love to read. That’s partly why you are here. I imagine you probably also like to read about theology, ministry, the Bible, etc…which is also why you are here. Over the years there have been a few things I have found helpful when making selections of which books to buy for my […]

In the last 9 months I came across an approach to studying the Bible that I want to make you aware of. It is called “Discovery Bible Study (DBS)” It has been around for quite some time and I have no idea how this slipped past my Bible study radar. Once I learned about it, […]

I was once in a discussion about women passing communion on Sunday morning. One brother’s “gotcha” verse (that only men can serve the Supper/pass trays) was Acts 6:1-4, “In those days when the number of disciples was increasing, the Hellenistic Jews[a among them complained against the Hebraic Jews because their widows were being overlooked in […]

Recommended Books on How To Better Read the Bible

I love reading books about how to read the Bible. I guess I love that because I love meta-cognition, thinking about how we think about things. There are so many treasures in the scriptures and, as Bobby Valentine has written in the last two articles, the closer we come to understand things about their world […]

Want to Learn the Big Story of Scripture?

One of the things that I have been most excited about this year at Wineskins is the Theodrama – unpacking the big story of scripture in 70 episodes. I decided to not post all of them on the blog but I do want you to know this exists. Here is the playlist if this is […]

Jesus’ Teaching on Divorce in Mark 10

I have been working through Mark 10 this week. The chapter starts with the Pharisees testing Jesus on his view of the legality of divorce. It is possible given Mark 10:1 that Jesus just crossed over into Herod Antipas’ territory. Herod had divorced his wife to marry his half-brother’s ex-wife. So marriage, divorce and re-marriage […]