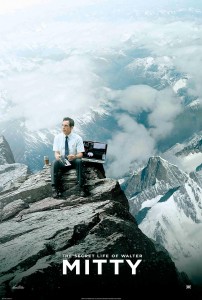 A few weeks ago Missy and I watched the movie “Walter Mitty”. In the movie, Ben Stiller, plays a daydreamer who at times checks out from reality as he dreams of himself doing amazingly brave things he would never do in real life. What makes things worse is that his job feeds his propensity to day dream. Mitty works for LIFE magazine in the negative room. Day in and day out he sees life through the camera lens of those who have put themselves in dangerous positions to give the world glimpses of the spectacular…images that could never be seen unless someone put their life on the line.

Sometimes I wonder if I (and maybe a few other people out there too) aren’t just a little bit like that. When we read the book of Acts and we read about the things those early Christians went through for the Gospel they had great adventure and challenge and they also endured great suffering. It is easy to sit in the negative room and peruse all their photos, chapter by chapter…snapshot by snapshot of people who were Spirit-led, taking on the world…taking on the powers that be and gaining the victory for the purposes they gave their lives to accomplish…and then daydream that we are them. If I am honest with myself, I have Walter Mitty moments when I read Acts 2. It is stirring to read Peter’s Pentecost sermon, the 3000 baptisms and the fellowship of the new believers. Deep down we would love to be a part of something that was moving so rapidly and growth was happening everywhere. I have a Walter Mitty moment when I read Acts 4  and how Peter and John were persecuted for healing man and speaking in the name of Jesus…and the believers’ prayer to speak even more boldly that followed. It is moving. It is raw and real. And there I sit, Bible in hand, daydreaming again.

As the movie goes on, Walter eventually finds himself in a situation where he has to make a decision to doing something brave rather than just daydreaming about it. He takes the risk and what he finds out is that he was more ready for the challenged he would face than he ever realized. I think the same thing would happen with the church today but you don’t know that is true from the pew. You have to jump. You have to run. You have to snap out of the daydream, find the next kingdom challenge and opportunity that is right there in front of you and make the move.

Spoiler alert: There is a seen near the end of the movie where Mitty has climbed the mountain and found the man he is looking for…at that moment this famous photographer sees the very moment he has been waiting for and let’s Mitty look through his camera to see it for himself. What he sees is breathtaking. The moment passes and Walter realizes that the photographer never took the picture. He asks him why and his response is that some things are just so special he keeps the moment for himself…never to be shared with the world. Walter could have never had that moment had he not set out on the journey, taken the risk and climbed the mountain for himself. There are moments God has in store for us if we are willing to go and see for ourselves. Eph 2:10 says, “For we are God’s handiwork, created in Christ Jesus to do good works, which God prepared in advance for us to do.”

The crucial move for the church today is a move from dream to active participation in kingdom movements. We are more ready than we know. We have mountains to climb and amazing things to see and experience but those moments won’t come to you. You have to go to them. What’s stopping us?